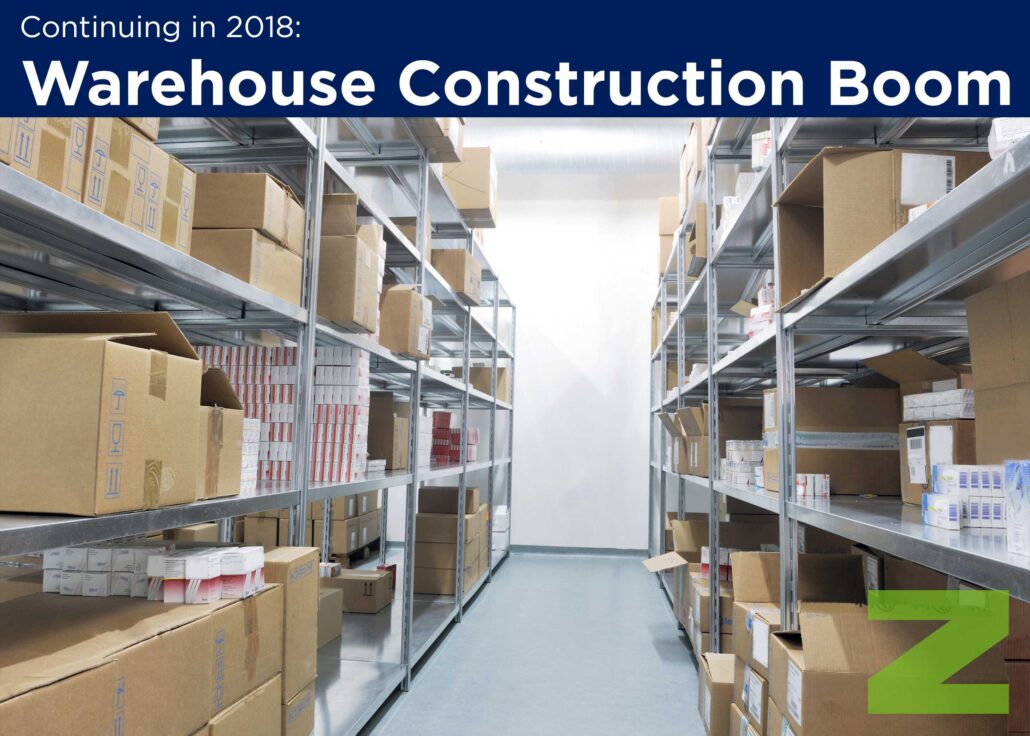 • Cushman & Wakefield’s findings are based on Moody Analytics data that indicate the market is being driven largely by internet retailers’ need for industrial space to carry out their fulfillment operations. In 2013, e-commerce made up less than 5% of North American new industrial leases — now that segment makes up 20% to 22%.

• By the end of 2019, 782 million square feet of warehouse space will hit the market, with developers and owners looking to take advantage of a 9.8% year-over-year annual growth rate in rents. The figure is more than twice the rate of rent increases for office space and marks highest growth increase of any property type.

These report’s findings align with a growing trend other industry projections have shown. Earlier this year, the Urban Land Institute’s Real Estate Economic Forecast predicted that e-commerce warehouse and data center construction would grow by 3.7% from 2017 to 2019, the highest anticipated growth rate of any sector.

And according to research and analytics company MSCI, the industrial sector reached an 11.7% return last year, more than any other property category. Aside from e-commerce, another factor driving that growth was the increasing number of states legalizing marijuana. That trend has necessitated more grow space and brought an uptick in global trade.

But it’s the e-commerce market that’s been responsible for much of the buzz in the industrial sector. Last year, Internet Retailer reported that online shopping made up more than 10% of all 2015 U.S. retail sales and added up to $340.8 billion, excluding items like cars and restaurant purchases. By the end of 2016, internet sales had grown 15.6%, reaching $394.86 billion. Online sales are expected to grow to $523 billion by 2020.

E-commerce and the leasing of warehouse space have also become a strategy of traditional retailers, who are trying to stay relevant and compete with the internet. This has left construction companies in the retail space looking at a decrease in the number of construction projects, at least on the scale to which they were accustomed.