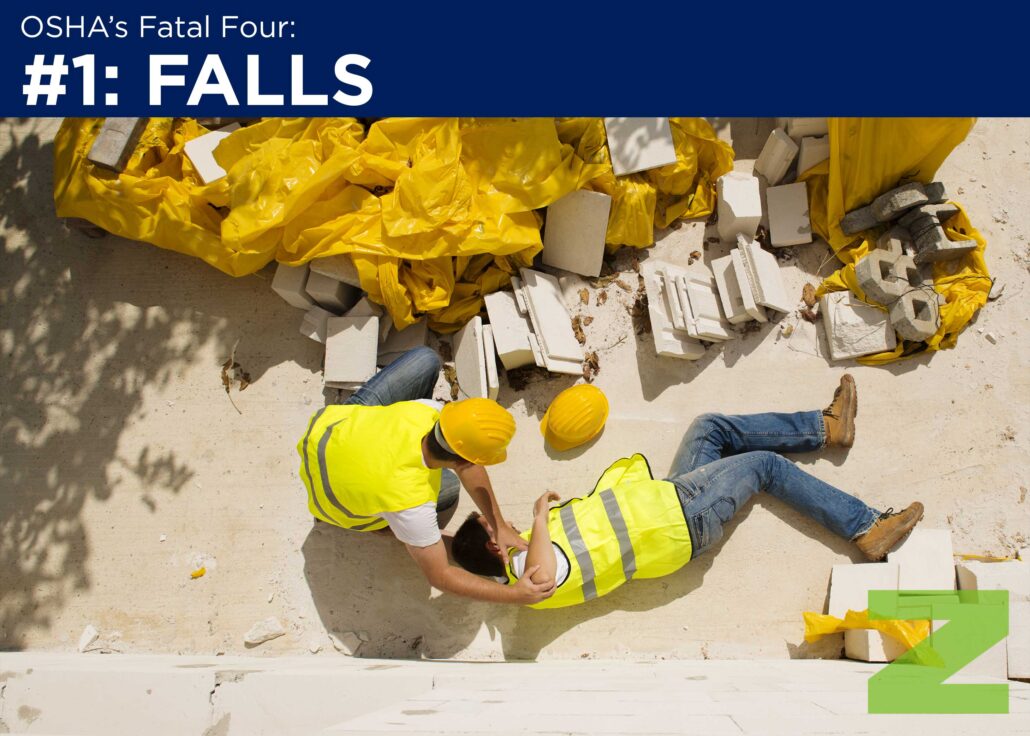 Back in October of 2016, the Occupational Safety and Health Administration (OSHA) released a preliminary list of the ten most frequently cited safety and health violations for the fiscal year. The data was compiled from nearly 32,000 inspections of workplaces by federal OSHA staff. On the OSHA blog, where they first reported the list, OSHA said this: “One remarkable thing about the list is that it rarely changes. Year after year, our inspectors see thousands of the same on-the-job hazards, any one of which could result in a fatality or severe injury.”

As a former OSHA employee, I understand exactly what the author meant when he or she wrote about the list rarely changing. It seems that when it comes to safety, we’re stuck on repeat—constantly talking about the same things. It’s sad, really, and maddening, too, because we’re nearly 50 years into OSHA at this point and we should know better by now. Especially when we consider the fact that approximately 3 million workers are injured each year and more than 4,500 are killed.

The reality, however, is that it’s not up to OSHA to change behavior and save lives. It’s up to us. We’re the ones—the folks in the industry, I mean—who need to engage in frequent training, learn from near-miss situations, and enforce safety rules and regulations within our own companies.

And although it may not always seem like it, Federal OSHA is actually a small agency. Federal OSHA has 10 regional offices and 85 local area offices. Including their state partners, they have approximately 2,100 inspectors responsible for the health and safety of 130 million workers who are employed at more than 8 million worksites around the nation. This translates to about one compliance officer for every 59,000 workers. Let that sink in for a minute. One person for every 59,000 workers. I think the data speaks for itself.

It’s worth taking some time and looking at the OSHA data from 2015. That year, 4,836 workers were killed on the job. This means that on average, more than 93 workers were killed a week—which breaks down to just over 13 deaths a day. What’s more, out of 4,379 worker fatalities in the private industry in calendar year 2015, 937, or 21.4%, were in construction. Put another way, one in five worker deaths happened in construction.

• Caught-in/between* – 67 (7.2%)
(*This category includes construction workers killed when caught-in or compressed by equipment or objects, and struck, caught, or crushed in collapsing structure, equipment, or material)

Digging even deeper, we can see that the leading causes of private sector worker deaths (excluding highway collisions) in the construction industry were as follows: falls, struck-by-object, electrocution, and caught-in/between. These four causes—known as the “Fatal Four”—were responsible for more than half (64.2%) the construction worker deaths in 2015, according to the Bureau of Labor Statistics. Which brings me to the point I want to spend the rest of this column addressing: the fact that eliminating the “Fatal Four” would save 602 worker lives in America every year.

A big component to changing behavior is ongoing training and education. When we train our people properly and often, we give them the tools and knowledge they need to make good (safe) decisions. So it might come as no surprise that over here at NBIS we’ve spent the last few years sifting through OSHA and claims data so we could develop a new training program that gives NBIS policyholders access to over 150 online training courses, some of which line up nicely with the Fatal Four. Not only is the training informative, relevant, and convenient, it’s also designed to help you satisfy your OSHA training requirements. Available online 24/7/365, courses range from ten to 25 minutes in length and are immediately followed by a test to verify what’s been learned. Topics include: Crane Safety in Construction, which covers recent changes in OSHA regulations, operator certification, equipment inspection, and much more; Rigging Safety, which covers recent changes in OSHA crane safety regulations, the definition of “qualified/competent” riggers and signalers, personal protective equipment (PPE), and much more; Slips, Trips and Falls in Construction, which shows employees the types of situations on construction sites that can lead to slips trips and falls, and what they can do to avoid or prevent these accidents—including topics such as gravity and balance, trips and slips, and walking surfaces; and Driving Defensively, which provides the information employees need to drive cars, vans, and small trucks defensively, both on and off the job, including topics such as dealing with distracted drivers, coping with aggressive drivers, and more.

If there’s one thing that we’ve learned in all the years we’ve spent insuring the heavy construction and transport industry, it’s this: there can never be too much training—and the OSHA data supports it. It’s only by continuing to track the trends we see in data, and then pivoting our training to meet those issues, that we can combat the myriad causes of construction-related injuries and incidents.

However, there is good news to report as well. In the four-plus decades OSHA has been around, OSHA and its state partners, coupled with the efforts of employers, safety and health professionals, unions, and advocates, have had a dramatic effect on workplace safety. Worker deaths in America are down: on average, from about 38 worker deaths a day in 1970 to 13 a day in 2015. Worker injuries and illnesses are also down: from 10.9 incidents per 100 workers in 1972 to 3.0 per 100 in 2015.

Obviously, any amount of deaths or injuries, no matter how small the number, is too many. But it’s encouraging to see that the efforts we’ve all taken in regards to safety has helped. As an industry, we still have a lot of work to do—that much is certain—but we’re moving in the right direction—safely forward.