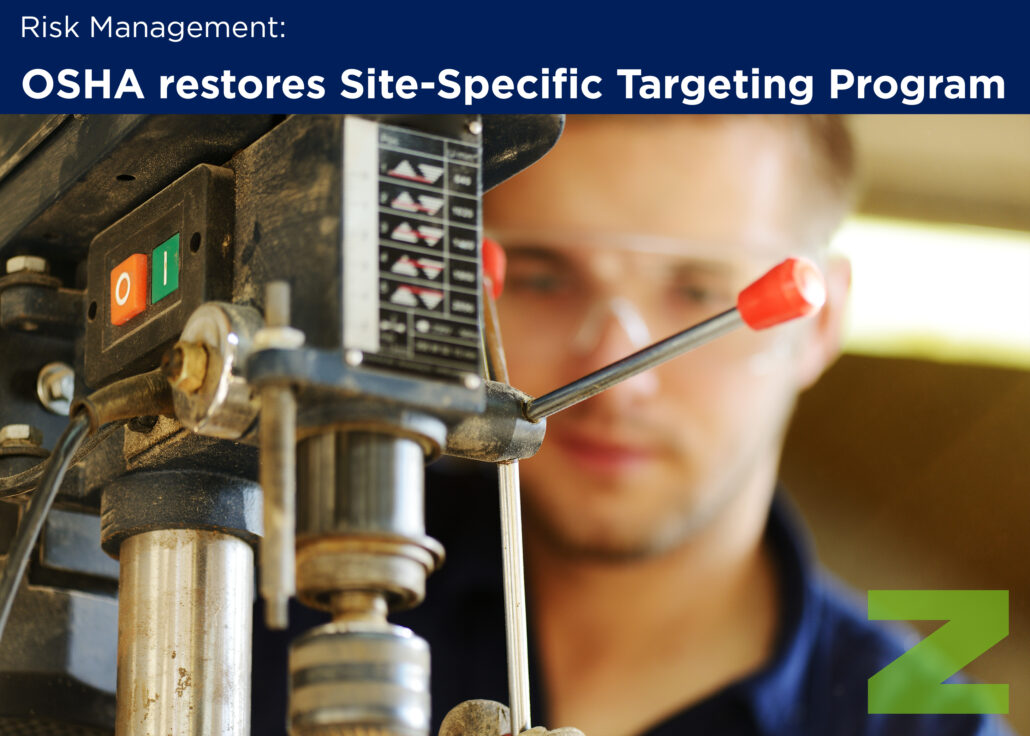 OSHA is reviving its Site-Specific Targeting Program and will be using the initial set of data collected from its electronic record-keeping rule to identify workplaces with high injury and illness rates, the agency recently announced.

The SST program directs OSHA enforcement resources to “high injury rate establishments” – based on 2016 data from Form 300A – and those that did not submit the required information. Construction worksites are excluded, according to an agency notice released Oct. 16.

Intended to be an annual program, SST was discontinued in 2014 after the agency wound down its OSHA Data Initiative. The ODI, which started in 1995, was a collection of injury and illness data from approximately 80,000 organizations in “selected high-hazard industries.”

OSHA’s Improve Tracking of Workplace Injuries and Illnesses final rule, issued in 2016, required certain covered establishments with 250 or more employees and those with 20 to 249 employees in certain high-hazard industries to electronically submit data from Forms 300, 300A, and 301.

The agency has proposed rolling back that rule to require only data from Form 300A.

The deadline for 2018 data, and each subsequent year, is March 2.